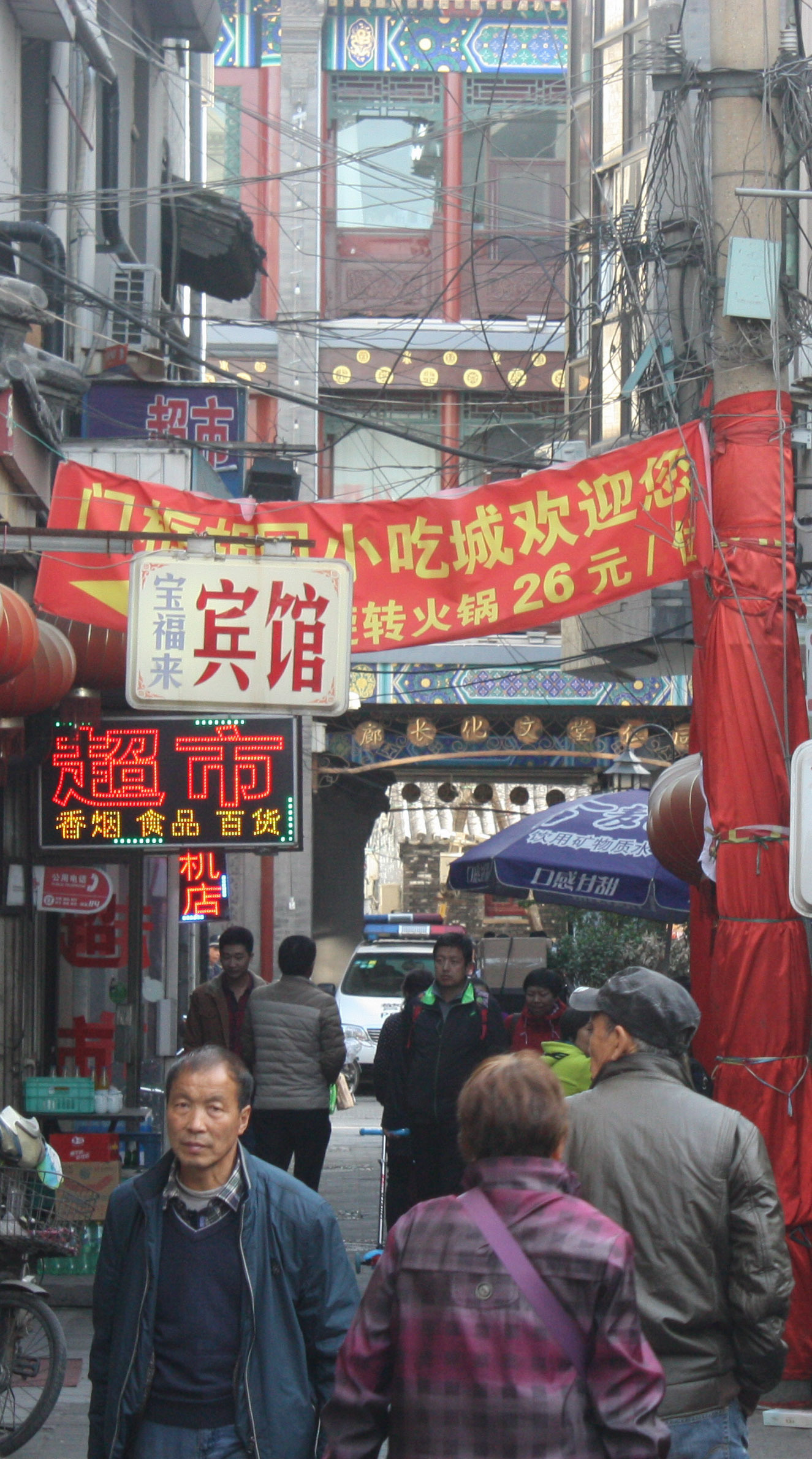 First posted on TVG in China, 2015. I’m currently archiving old posts onto one blog.
I’ve missed the blog for a while due to being very much bogged down with work, so there are going to be a number of posts in quick succession, spanning a few months of neglection…sorry about that.
First up is Chongwen, and area south of Tiananmen Square, which as far as I know isn’t exactly known for it’s touristy spots. My guide book on China even said – in different words – that you would only really go there if you were after the cheapest of the cheap in accommodation.
And as it happens, yes, it’s not the most exciting part of town for particular attractions, but what it does offer however is a very different feel to the north side of Beijing.
*edit, I have discovered that Chongwen technically stretches all the way down to the temple of Heaven, a place that is worthy of mention, but not part of my Chongwen wonderings*
There have been clear attempts to renovate the area to bring back an old glory that the area possibly once had, (it does after all lead directly up to the forbidden city), but other than a very grand looking gateway, the main street is just a shopping street…I’m not selling this area very well, I know, hold on a bit…

I believe the area was once an important financial and trade district, given that Dashilar shopping street is part of the area – which is to all intents and purposes now, whether or not in the past, a generic shopping street with an extra lacquer of paint.
So why am I even talking about this area if i have so much apparent disdain for it?
The answer lays in its winding side streets, which have such a different feel to the hutongs in the north.

The narrow streets with neon signs reaching for the sky make me think of how I imagine Hong Kong to look (will hopefully find out in the next few months!
The mad, jumbled appearance doesn’t just come from the haphazard signage, but also from every element of the side streets.

Take the local electricity network for example. It’s a bit of a mess. But even in this knotted mess, I spotted surprisingly nice looking supports for the lines..

This stall which I found down the side streets i found very interesting. The current leader, Xi jinping (left and centre) is considered to be developing a personality cult, very much like Mao’s before him. This market stall shows, in my opinion, the strength of his cult. He’s hardly Mao, but he certainly gets more space than Mao does at the moment.
Aside from the politics, China’s leaders surrounded by wooden masks is just a surreal image.
Now, despite how narrow these streets are, the favoured form of transport seemed to be moped. On the narrower streets, it’s hard to jump out of the way when there is nowhere to jump.

Just to finish on, this guy looked very much like he was trying to copy the police, even if that wasn’t his intention. I wonder what he was really up to…