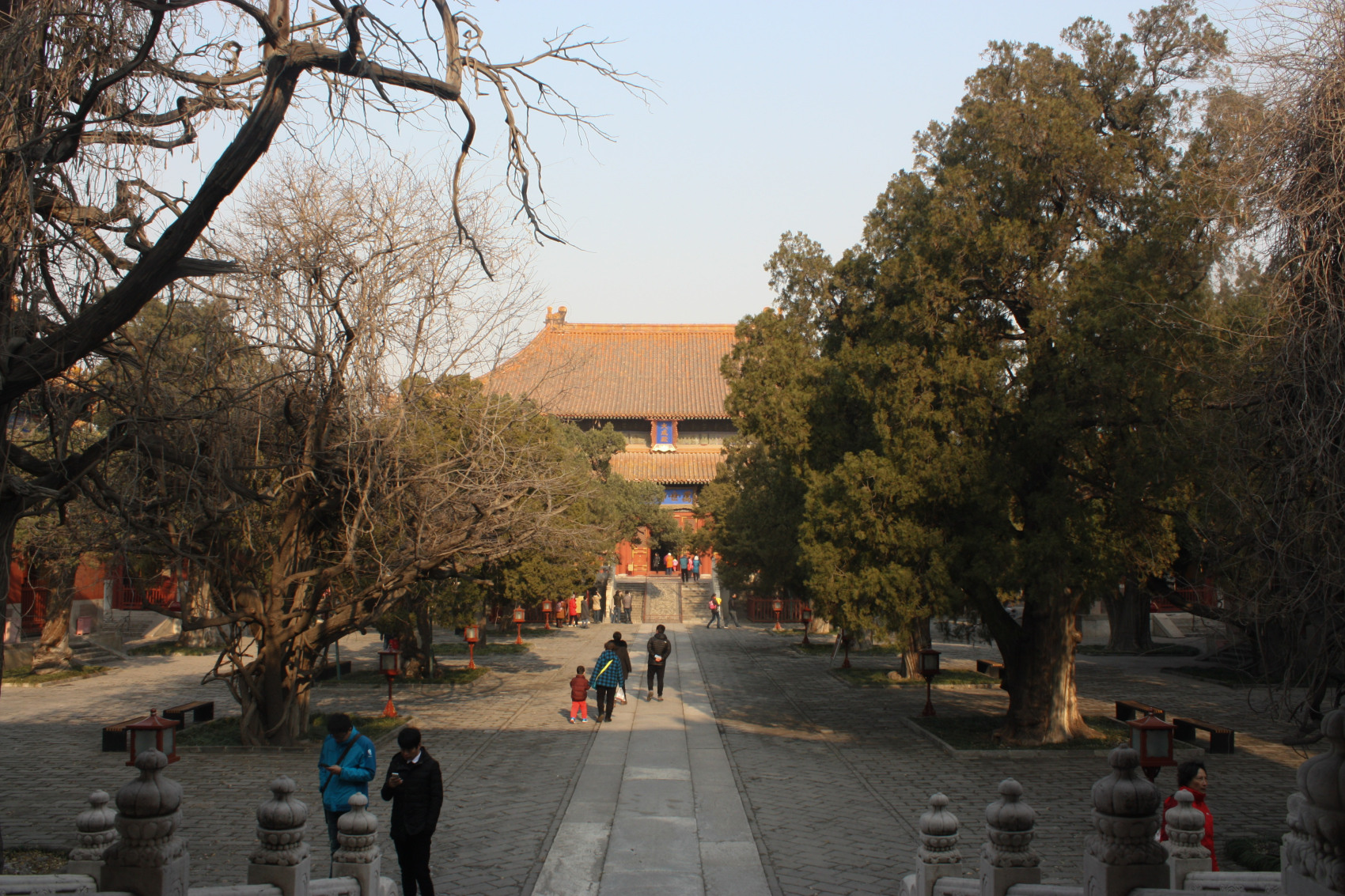 First posted on TVG in China, 2015. I’m currently archiving old posts onto one blog.
There are many temples in China. Beijing alone has a huge number, and the confucius temple is but one amongst them. I think however that this temple was a little different, and perhaps it was simply because it seemed less touristy than, say, the lama temple across the road, but I like to think it was more than that.
Part of the same complex is Guozijian, the ancient imperial college where the highest level of the imperial examination took place.

The story goes that the trees leading up to the temple itself will attack evil people. They didn’t go after me, so I’m happy about that.
The inside of the temple is very beautiful. Sadly it feels like it isn’t in permanent use, but the advantage of this was that there were none of the usual ‘no photo’ signs.

Confucius may have passed away many centuries ago, but it hasn’t stopped him from adapting to new technology. Although I don’t think it was the intention, I couldn’t help but find that Confucius backed with flashlights and cameras summed up modern China quite well.

The gate leading away from the temple and into the former imperial college.

The entrance to Guozijian

I hadn’t noticed how cold it was that day, until I saw that the fish swimming round the central part of Guozijian (where the Emperor would present his lectures) were under a layer of ice.

When the emperor was giving his lectures, he would do so from this rather grand room.

I actually don’t know what they were, but I was very interested by these red cards which were hanging up on side of the college. I will try and find out exactly what purpose they serve.

There was also, in the side buildings of the college, an extensive exhibition on the imperial examination which I have written extensively on, but I won’t talk about that for a while as it’s part of my museum project. Perhaps in the future..