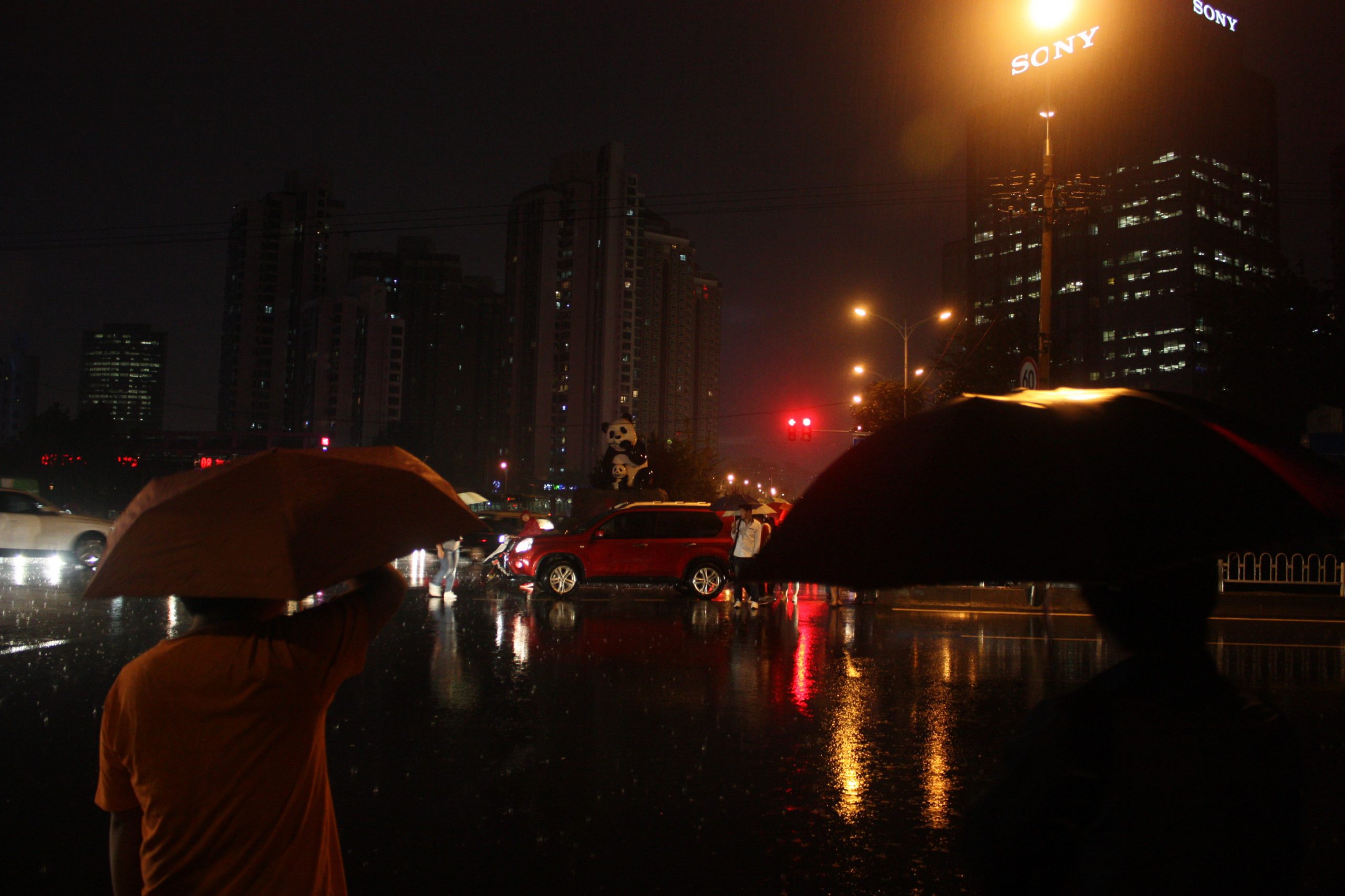 first posted on TVG in China, 2015. I’m currently archiving old posts onto one blog.
I went back to Beijing’s art district, 798, knowing full well that there’s always something new to see there. This time I was much less concerned with artisan coffee (although tempted by it nonetheless!) and more with the little side street off the main path. After all, if you go off the comparatively beaten track of the main beaten track, there should be even more to find, right?
On the edges of the art district, graffiti has the prime spot.

Further in, the hard brick walls transform into a much greener space, even if 798’s industrial past remains omnipresent.

and some of the trees even become part art exhibit.

I love how surreal some of the outdoor spaces are in 798. Surreal isn’t something I usually associate with China, but it’s out in full force in the narrow streets of this old factory complex.

I find it really interesting how sections which still clearly keep their old industrial character have somehow lost their intimidating, grim edge. There’s almost something peaceful about it.

and those spaces are certainly in strong contrast to the pristine exhibition spaces dotted within the complex.

And yet, even those pristine spaces hold the mark of an industrial, and even a dark past. Those dusty red characters, µ»øõ©╗Õ©¡µÿ»µêæõ╗¼Õ┐âõ©¡þÜäþ║óÕñ¬Úÿ│, read “Chairman Mao is the red sun in our hearts”. This building used to deal with production of another kind.

As you can probably see from the photos that this day was beautifully clear, with not a sign of bad weather to be seen. Beijing however can trick you, and as I walked back to the underground station to go home, everything changed. I’m sure you’ve heard of skies turning black before, but imagine if that actually happened, rather than just going a bit grey with lots of imposing clouds. The Beijing sky, in a matter of minutes, went from clear blue to impenetrable black. I didn’t get a photo of this sky unfortunately as I joined the crowds running for cover – I had no idea if it was rain that was coming or a sandstorm, and I don’t like sandstorms very much.
It was rain, but rain that put the heaviest British rainfall to shame. I got stuck under some cover about halfway to the station and decided to wait. I don’t really have the equipment for low light photography, but I took a lot of shots and managed salvage some acceptable shots just to give an idea of the atmosphere.

This was actually about a week ago, so I should have another blog on the way. Keep an eye out!