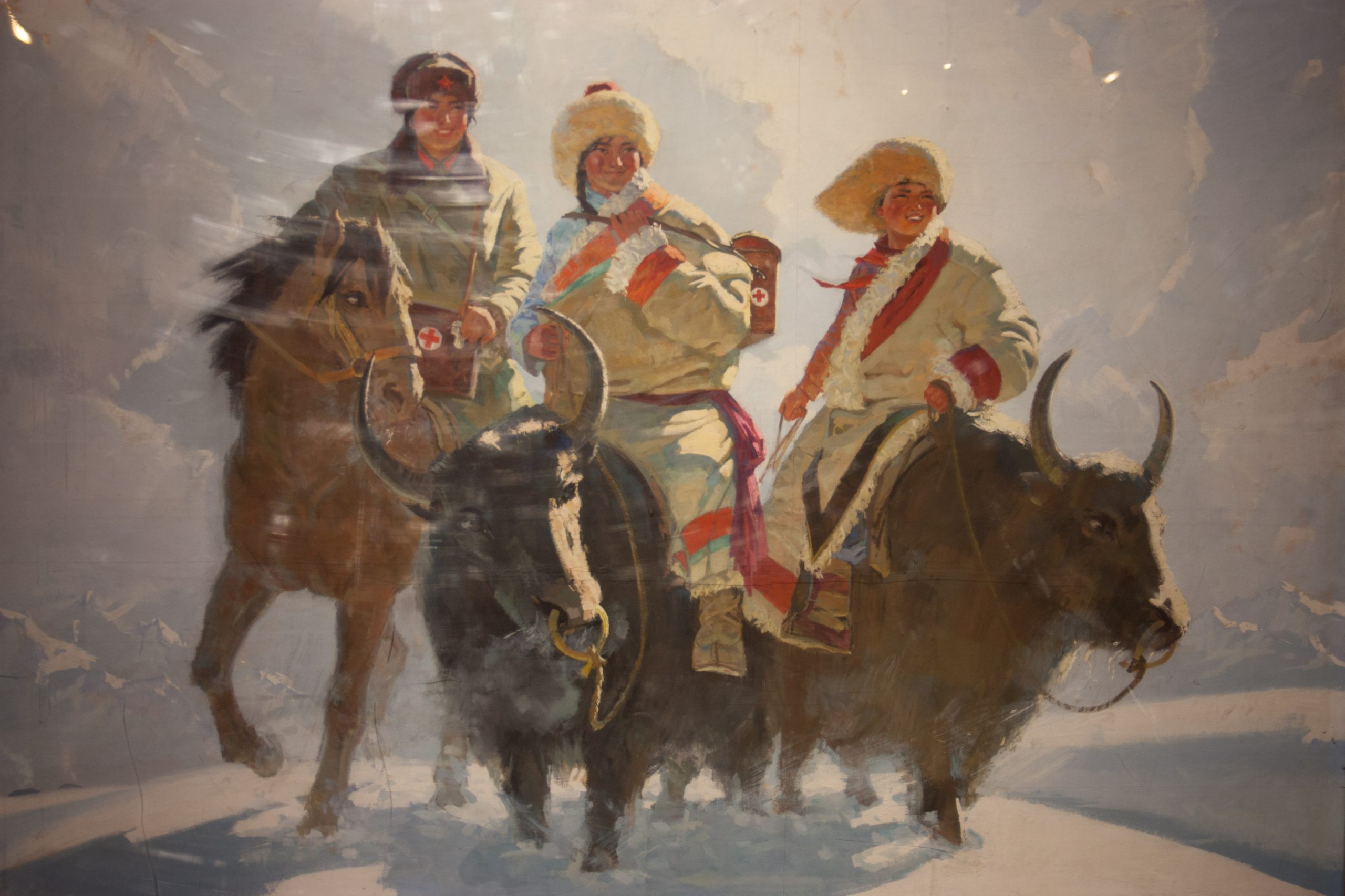 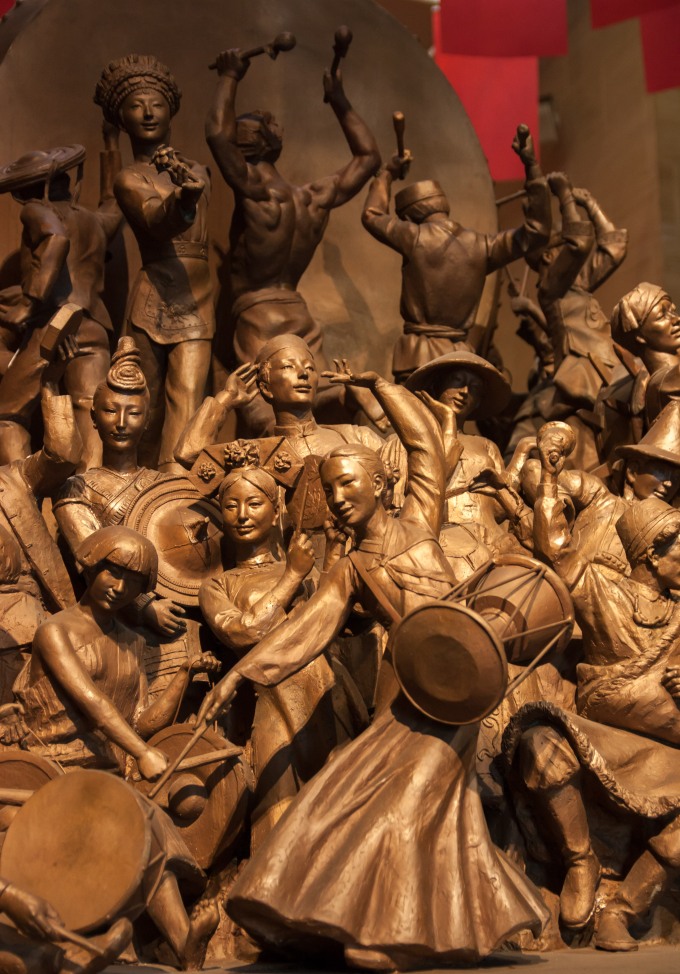 I went to the Beijing national art gallery to check out an exhibition focussing on the varied minority groups of China for part of a museum project I’m working on. Naturally I got to see my fair share of artwork, but through the brushstrokes there was a clear message showing through.

The exhibition, titled ‘National Exhibition of Fine Arts for Great Unity of Chinese Nation’ (õ©¡ÕìÄµ░æµùÅÕñºÕøóþ╗ôÕà¿Õø¢þ¥Äµ£»õ¢£ÕôüÕ▒ò) was concerned at its heart with expressing the view that each of the many groups of people in China are in unity with each other and in support of the ruling Communist Party.
Chinese museums like to have an almost essay-like structure. They have prefaces and conclusions as if there were only one way to interpret their contents and each section will act as an argument towards that final conclusion.

In the art gallery’s foreword, you might spy upon an interesting phrase -The Chinese Dream (õ©¡Õø¢µóª). I won’t go into it in much detail right now, as I’m likely to write fully about it in the future, but for now it should suffice to know the basics. The phrase became popular after Chairman Xi Jinping used it in a speech in 2013. It is associated with China’s current development goals of becoming a ‘moderately prosperous’ economy and rejuvenating the nation. It pops up around Beijing far too often.
This Chinese Dream is closely related to the exhibition, as are a number of Beijing’s museum exhibitions. Development is associated strongly with the Governments claim to power, and unity across the massive country -the exhibition’s focus- is essential to both.

“Unity is power. People of all nationalities are making progress together with joint effort, destiny and objective on the way of fulfilling “China Dream””
Why then, are the ethnic groups of China important to development? One element is a group’s possible ability to slow the Chinese image of development. Despite such exhibitions painting a happy, united image of the country’s minority groups, there is unrest amongst some of them, especially where their traditional ways of life are threatened. On the opposite side however, active support of minority group would surely result in smoother development.

Territory also comes into question. Most westerners are for example aware there is controversy over Tibet and whether or not Tibetans are Chinese or not. The region is a territory of China, but by depicting Tibetans as an essential group within China’s many minority groups, they lay claim to them. If Tibetans then, are ‘owned’ by China, so is their territory. The celebration of minority groups in part secures borders.
Those views are rather cynical, and there are more opinions that could be drawn. The people celebrated in the exhibition do live within the borders of China, and it is in the interests of a country to look after its people. One could view the exhibition as embracing its minority groups and their rich beautiful cultures. In exhibiting cultures, they can be preserved. China is changing so rapidly that much of the old will disappear. One could see such events as being an expression from the government, so as to say ‘we will respect and preserve all culture in China’.
The slow knocking down of Kashgar says otherwise, but never mind.

Aside from the politics and intrigue of Chinese exhibition spaces, much of the exhibited artwork was beautiful and those pieces which weren’t beautiful were usually very interesting. 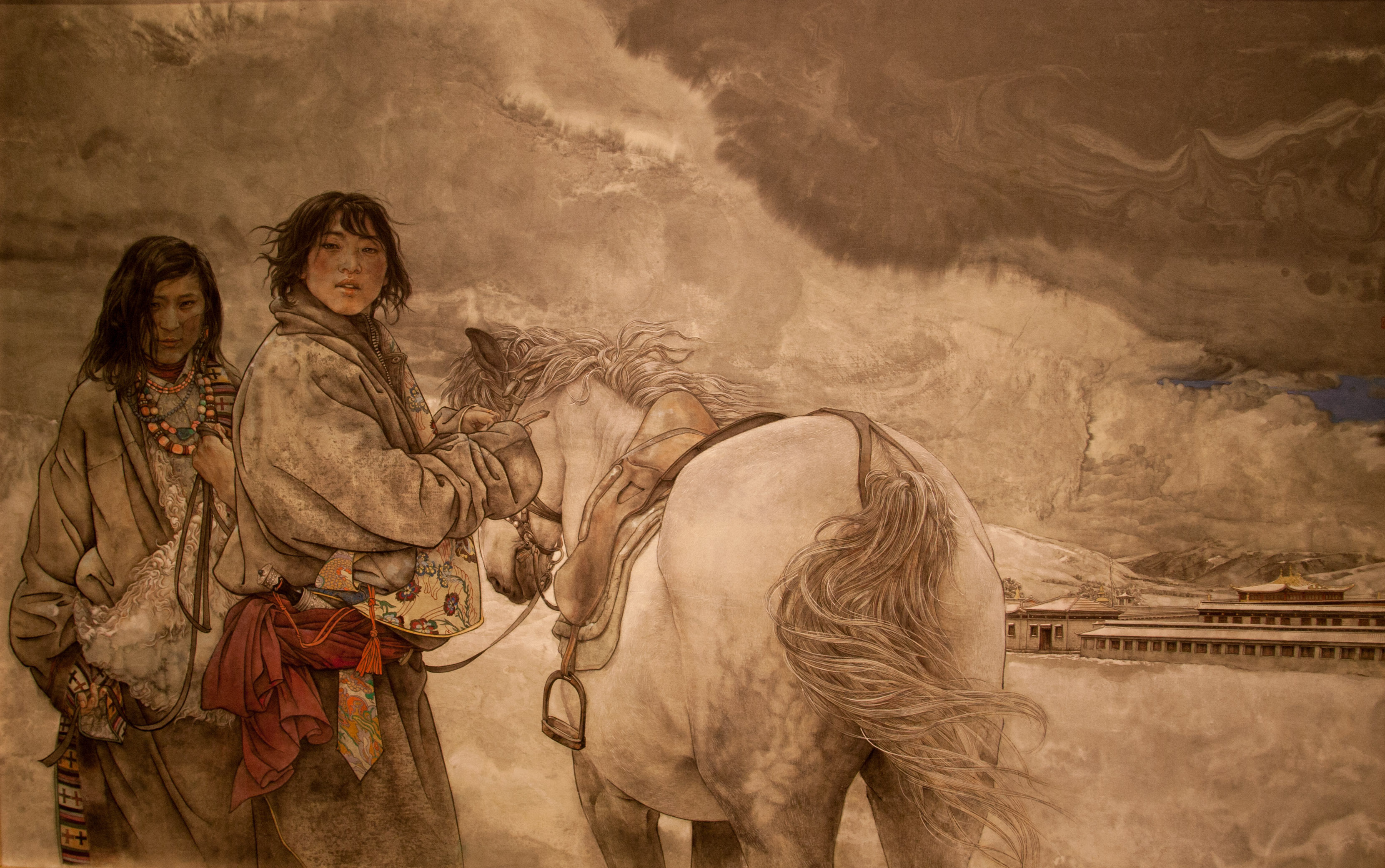 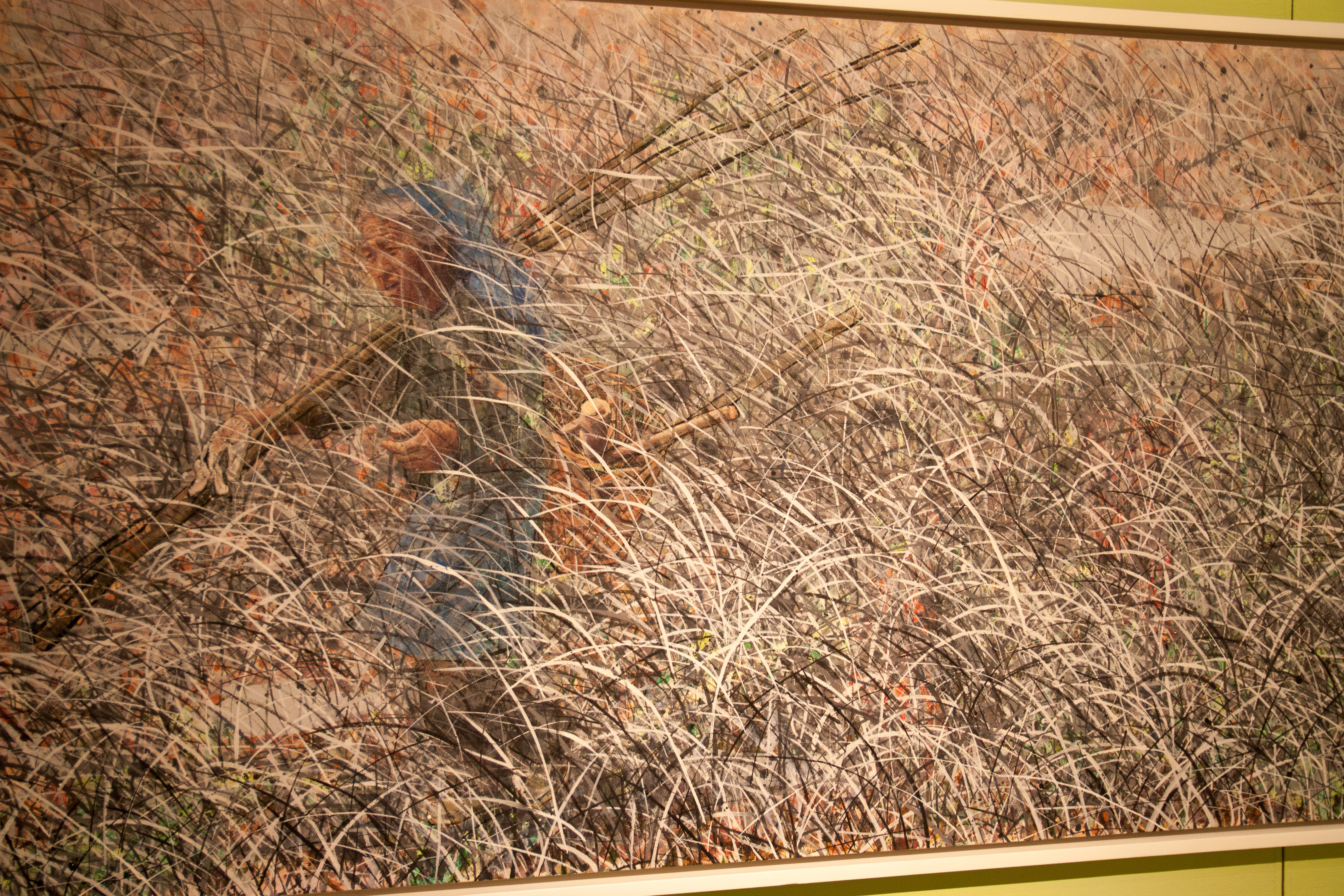 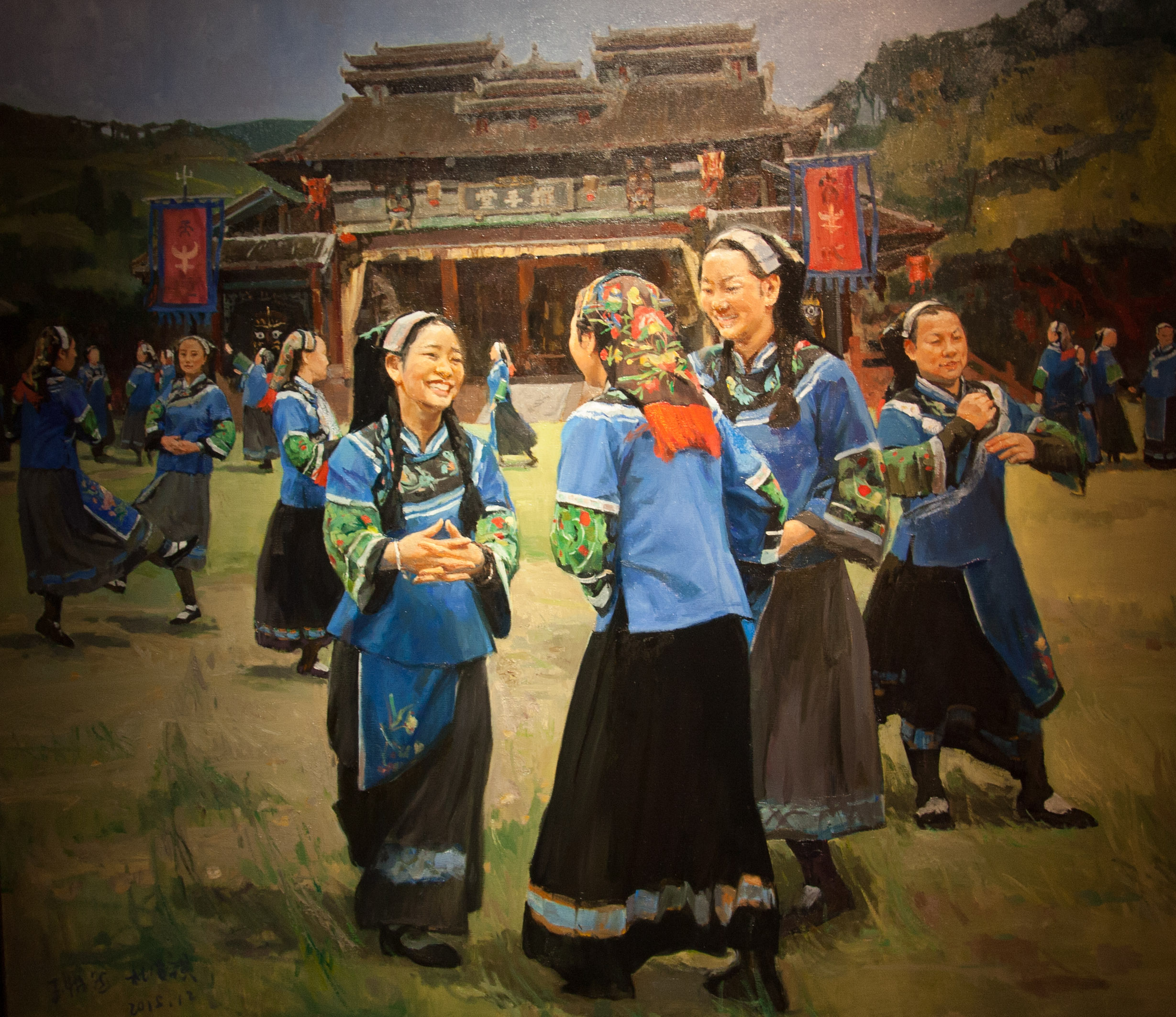 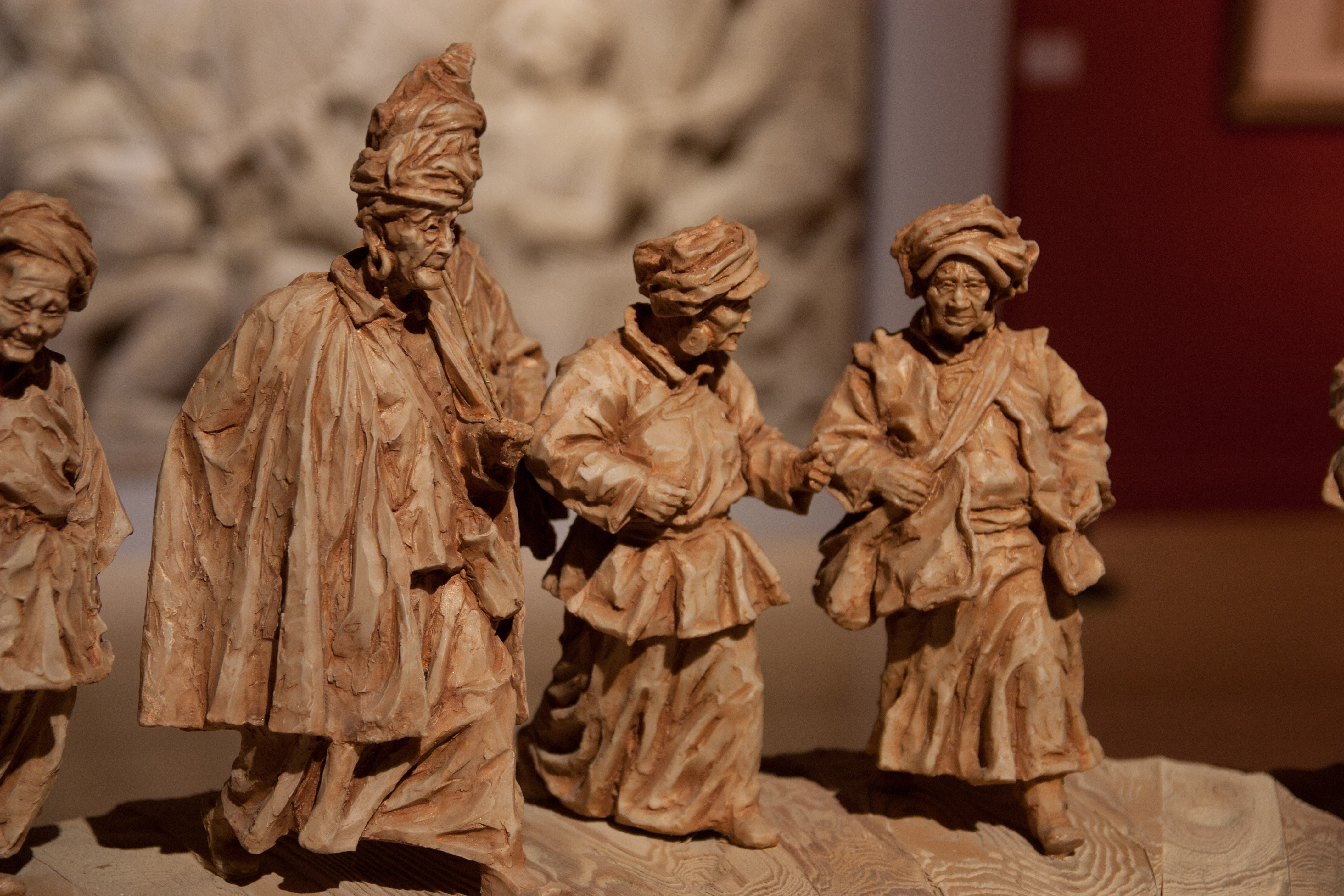 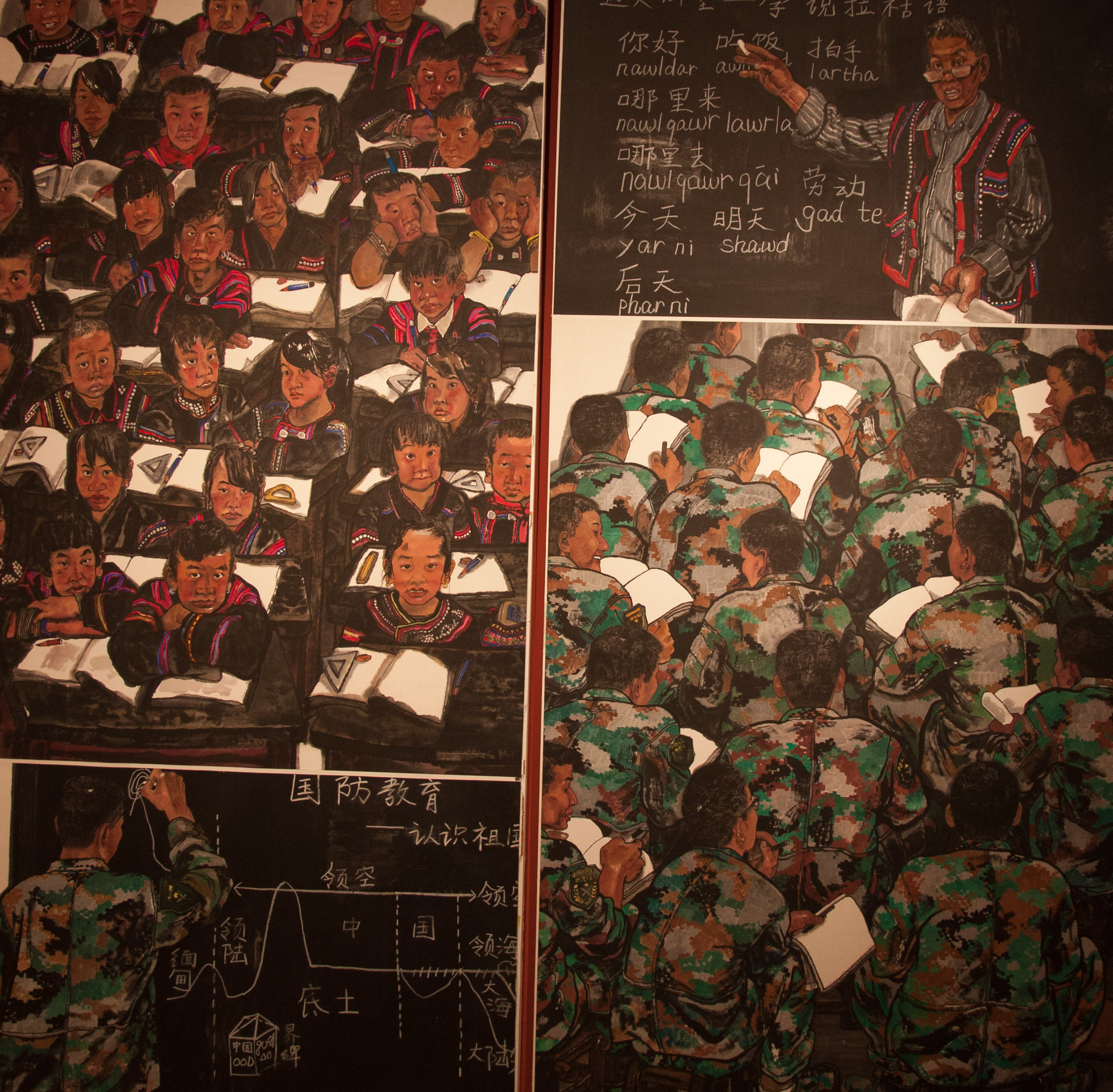 The military trades education for education, teaching the only thing they know – national defence. 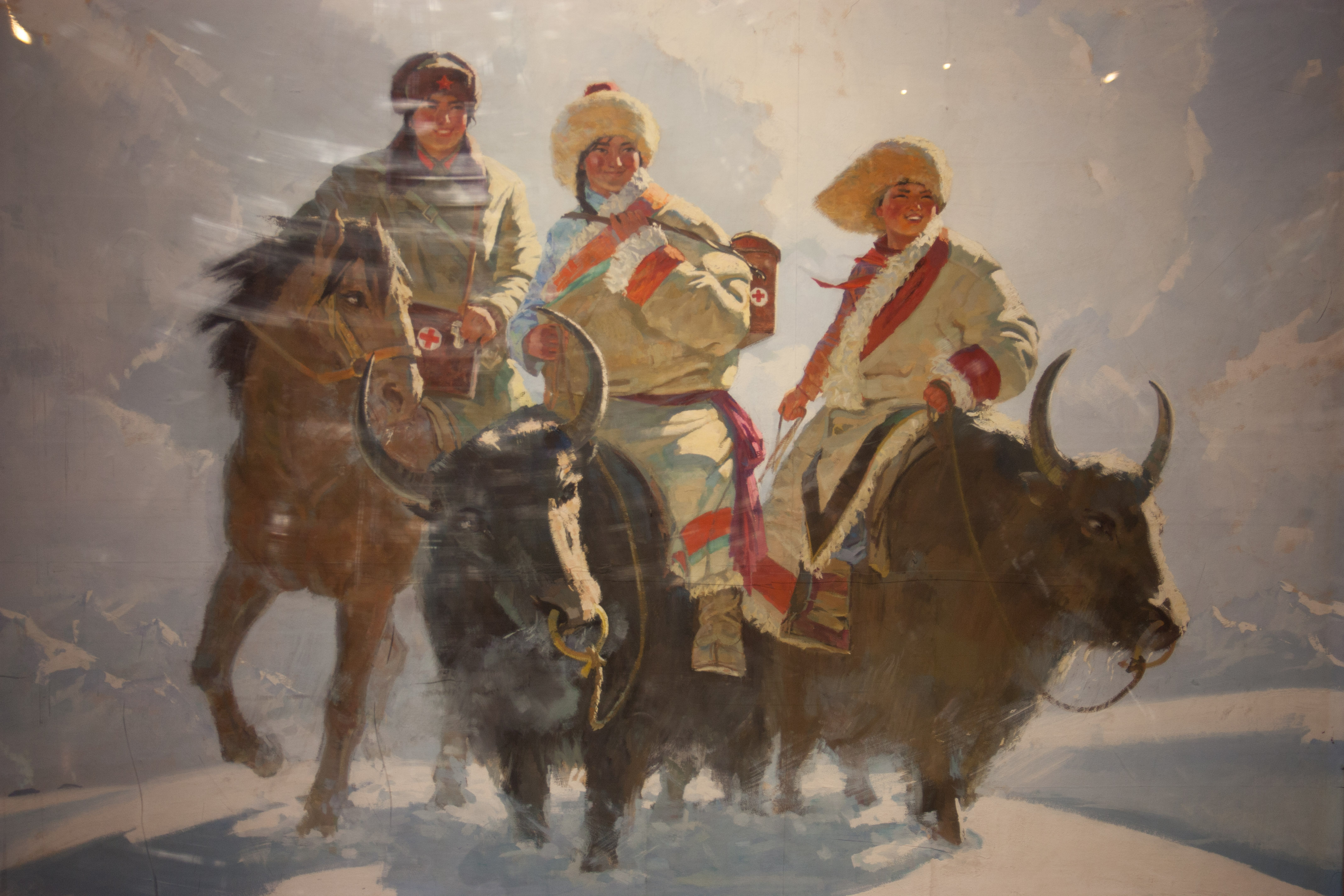 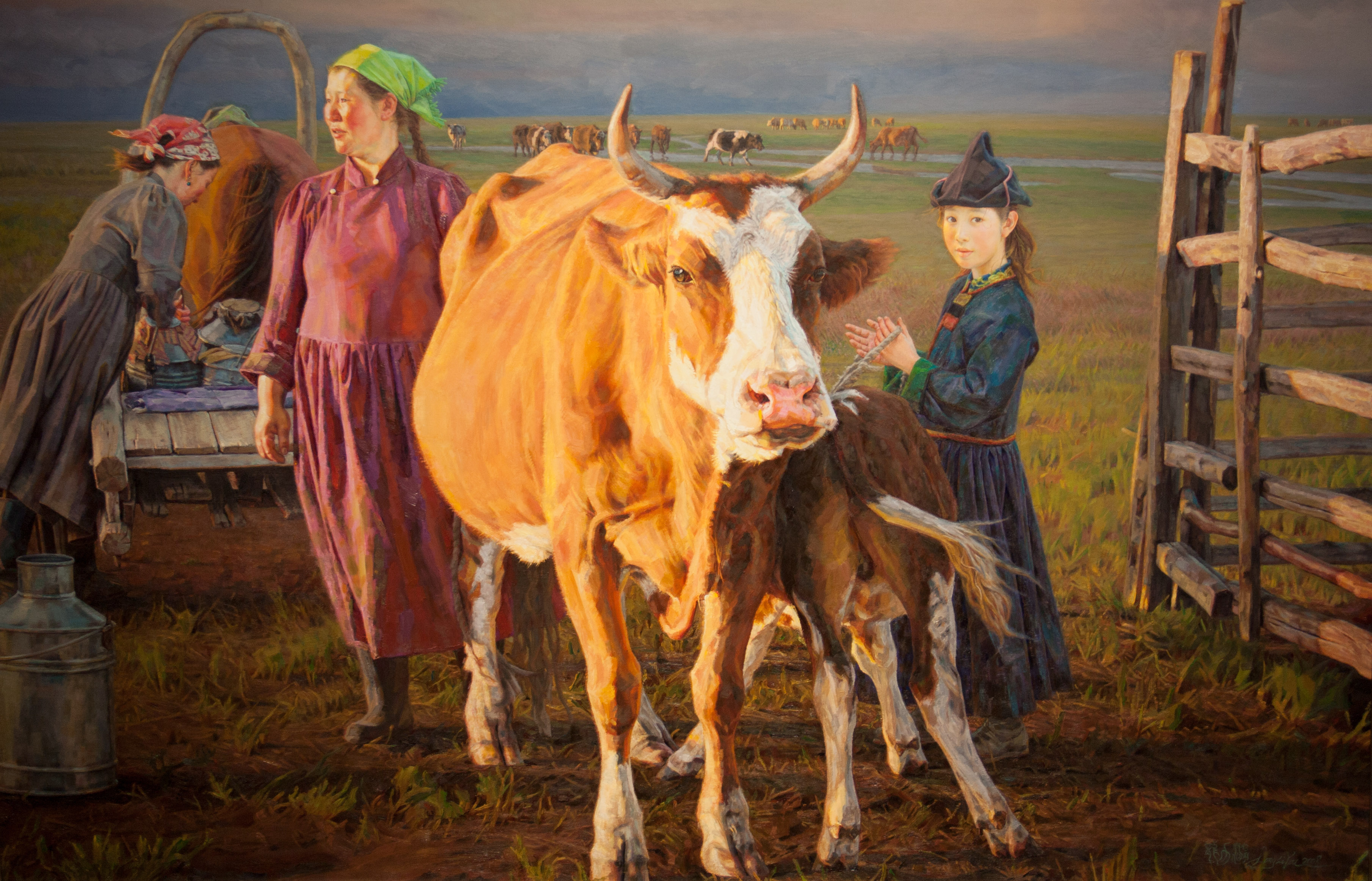 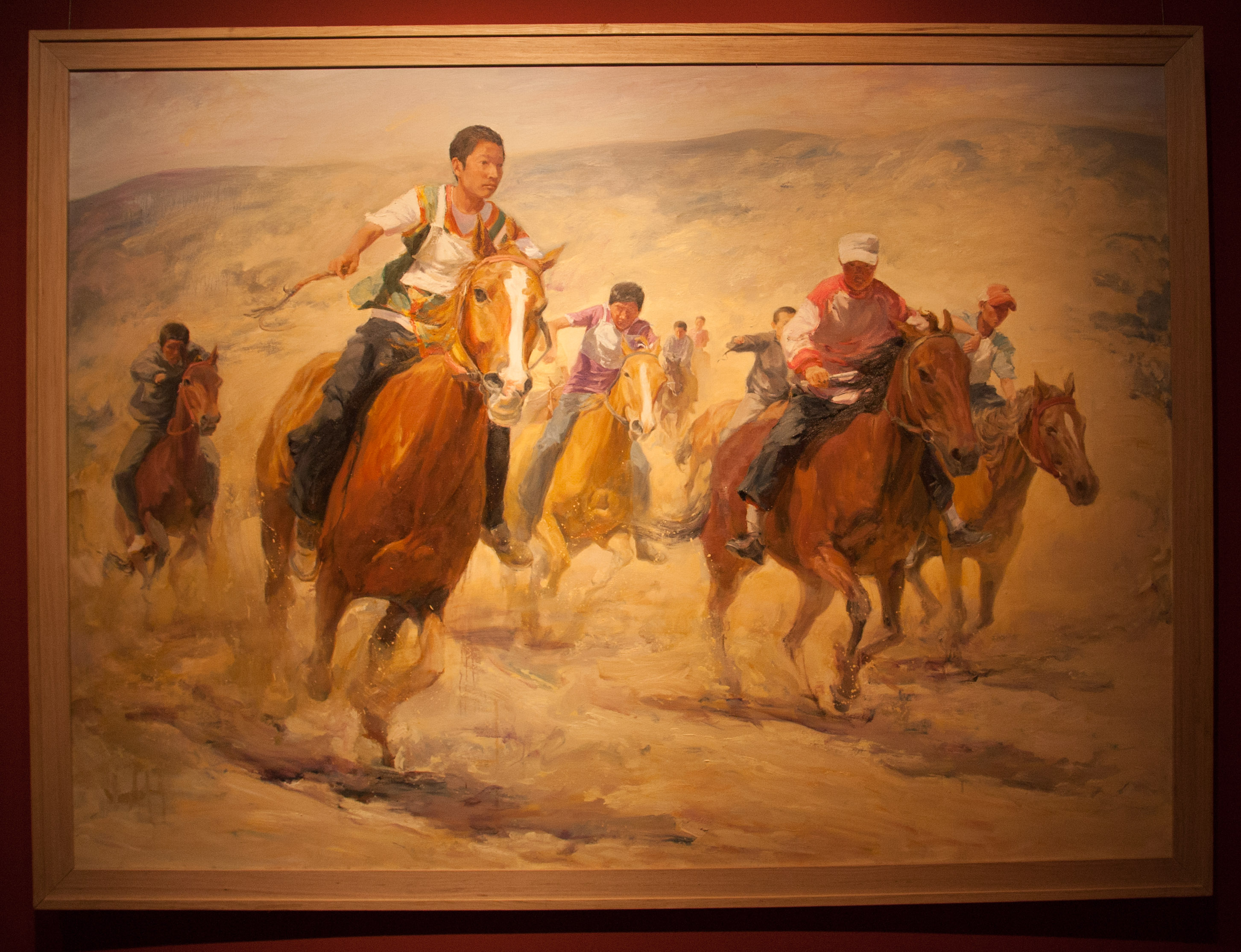 These last two depict multiple minority groups standing together in apparent unity, along side all things CCP.