Its a question i’ve often wondered; Why do i find more joy in listening to dark depressing music than that which is happy?
I’ll start by looking at a band called Blackfield. The melodies are a mix of happy and sad (mainly the latter) tunes, but the lyrics are almost always pretty depressing-yet they are one of the bands that make me feel the happiest. It can be said that a lot of their music is quite calm and relaxing and perhaps that is one reason, but surely the depressing tunes and lyrics would counteract that calm feeling. Maybe you might see what i mean by listening to the band: Blackfield-Lullaby 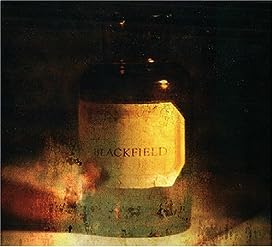 So what about actual happy music? For me, the majority has no emotional effect at all-goes in one ear, out the other with no interest in the track at all. Its not that case with all happy music though, for example there is (in my opinion) an impressive number of happy sounding AND emotional instrumental tracks. But maybe thats it-perhaps its simply harder to portray positive emotions with words; that negative words hold more power. Yet, musical notes don’t express emotion in the same way as words and there doesn’t seem to be the same barrier of major keys being any less powerful than minor keys (excuse the awful generalisation of major being happy and minor being sad-i know its not quite as black and white as that). So thats a possibility for why many happy songs just aren’t as happy as they could be-words almost seem to ruin a happy song.
Now back to sad songs. If negative words really are more powerful than positive words, then it should follow that sad lyrics are more powerful and that we may be able to relate to them more easily, even if we are in a good mood. Theres simply more emotional content and artistic feeling in a sad song.Also, often sad lyrics are more personal to the artist, resulting in much more thought being put into them. One good example is Dream Theater’s ‘The Best of Times‘- a song written about the death of the father of one of the band members. The song just emits pure feeling and power, and the lyrics, although by no means poetic or even particularly good, are the main reason its such an emotional song. Theres a sense of hope and joy, despite the tragedy of the song and that, is why i believe sad songs to be, in a sense, much happier than a happy song.