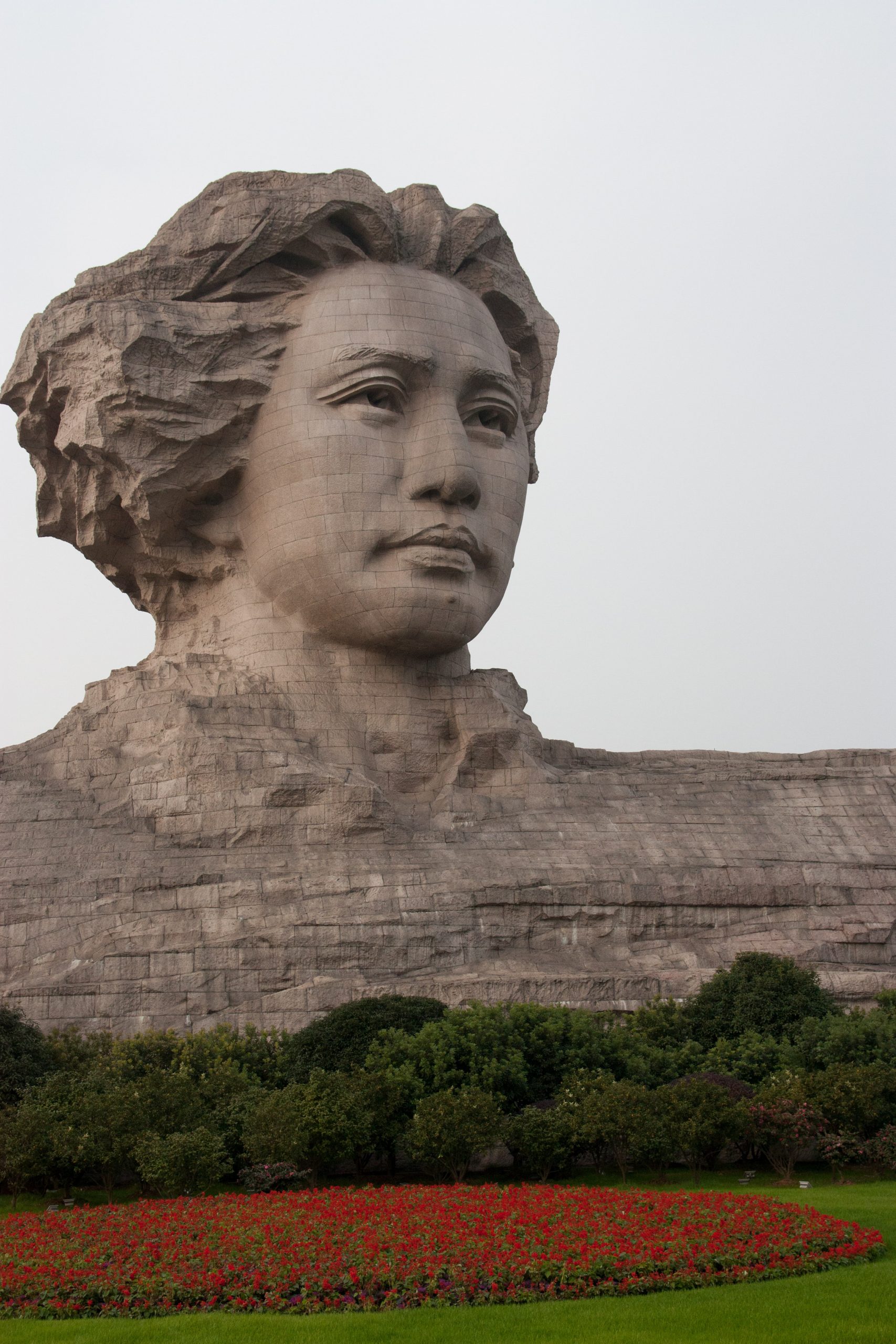 First posted on TVG in China, 2016. I’m currently archiving old posts onto one blog.
I would be lying if I said that Changsha was my favourite city. The centre of town was very much a Chinese city, with tall buildings and heavy traffic. The weather was a bit chilly with a bit of rain; some may say a Brit should feel right at home: the skies were grey, and there was a bloody giant statue of Mao’s face on the horizon.
The Capital of Hunan province was of course the home city of Mr Mao Zedong, and it’s a fact that the city clearly is just a little proud of. Most of the sights are vaguely Mao based, such as his old university and the afore mentioned giant stone face over on the Orange Isle, and even the hostels have an air of communist pride that you don’t get in most towns.
I came to Changsha mainly as a stop-off to see local wonders Zhangjiajie and Fenghuang, neither of which I actually saw in the end.
Damn.
It’s a bit of a long and dull story to explain why, so you’ll all have to be happy with the short story – I stayed in Changsha and went up a mountain I didn’t mean to go up, Yuelu shan.
Being Changsha, naturally at the foot of the mountain stands a Mao statue, stately looking down on the visitors.

Nice of him to greet us as it was, I was more interested in the mountain.
…Or at least the forest on its sides, as you might be able to see that the cloud cover was pretty low, and a view from the top was distinctly off the menu. There’s meant to be a mountain behind Mao there.
Luckily, the forest is worth an explore.

The mountain is dotted with temples and tombs along the ascent to the top.

The trees make a pleasant change from city only a short distance away.

Rain certainly seemed to have an omnipresence however.

Along this path I could here the song of monks in a nearby temple drifting by, mixing with the songs of birds in the trees.

One of the tombs along the path.

Continuing with the innately red feel of Changsha, the fellow on this sign is Lei Feng. He’s the party’s model communist, and I still have no idea if he was ever a real person, or just a majestic propaganda tool.
Either way, I have no idea why there were learn from Lei Feng signs all the way up a mountain.
Now, I did say that Changsha as a city was really just a generic Chinese city, but I may as well give you a picture of it.

Some say the statue is looking the wrong way down the river. All I know for certain, is that this statue was huge. It looked big from my hostel window, which was a few miles away.